WE ARE READY TO RESCUE NIGERIA : WIKE 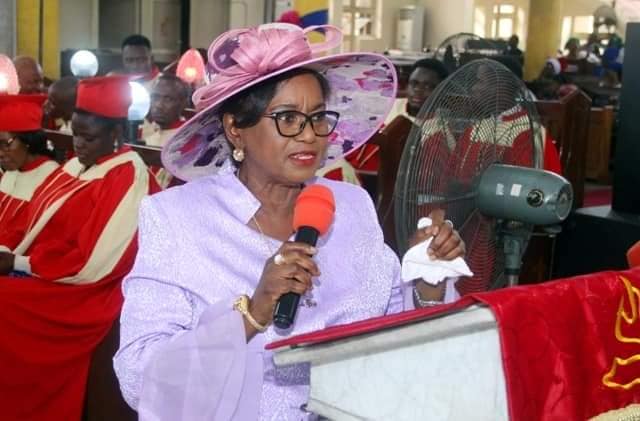 WE ARE READY TO RESCUE NIGERIA : WIKE

The State Chief Executive, Nyesom Ezenwo Wike says the Peoples Democratic Party is focused and ready to rescue Nigeria from the doldrums caused by the misrule of the APC led Federal Government.
Governor Wike made this assertion, while speaking at a Thanksgiving Service in honour of the Rivers State Chapter of the Peoples Democratic Party for Its Successful State Assembly, National Assembly, Gubernatorial and Presidential Primaries at St. Paul’s Cathedral, Diobu Port Harcourt, on Sunday, 5t h June 2022.
Represented by his Deputy, Dr (Mrs) Ipalibo Harry Banigo, Governor Wike said “we are ready as a party to rescue Nigeria from this current terrible Government that has brought so much hardship, bloodshed, bad economy, and divisiveness to the country, the time is now and our party will do it”.
According to Governor Wike the praise and thanksgiving service was to honour, celebrate reverence, magnify, and worship the Almighty God for the peaceful conduct of all the primaries in our State and in Abuja, especially for his impactful and superlative disposition as a Presidential aspirant of the PDP.
“We need to thank God. We went out and we came back God preserved us and so we have to come and say thank you to God, for his merciful kindness. There were no accidents, people travelled, by air by road by the sea, there was no ill event, no explosion no violence no stampede, no loss of lives, it is something to thank God for. We need to thank God; we thank God, that we are alive in the land of the living.” Governor Wike stressed.
He congratulated all the elected candidates of the PDP and wished them the best, while thanking the leadership of St. Paul’s Cathedral for making it possible to have the thanksgiving service at short notice.
In his sermon, the Bishop, Diocese of Niger Delta North, Rt. Rev. Wisdom Ihunwo who was represented by Ven. Kingsley Ogbondah the Cathedral Arch Deacon, described the thanksgiving service, which coincided with the day of Pentecost as unique, noting that the day of Pentecost was one of the days God instituted, for the children of Israel to meet with Him, adding that they meet with God three times in a year.
Owupele Benebo
Head of Press,
Deputy Governor’s Office, Port Harcourt.
Sunday, June 5th 2021.
www.thenewriversstate.com

Previous GOV. WIKE IS A QUINTESSENTIAL LEADER Next Rivers State Government’s Commitment to the Youth Empowerment