VOTE FOR SOMEONE THAT APPRECIATES HUMAN CAPACITY DEVELOPMENT. 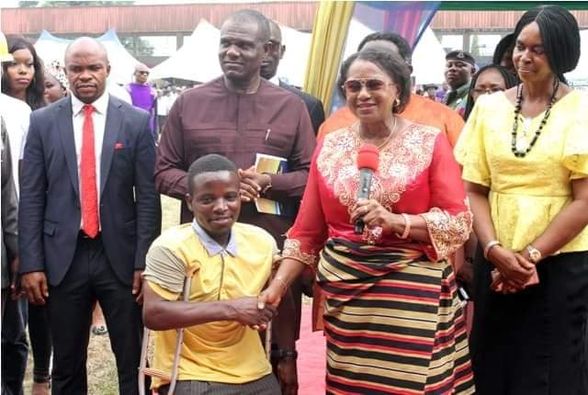 VOTE FOR SOMEONE THAT APPRECIATES HUMAN CAPACITY DEVELOPMENT.

In 2020, the Deputy Governor of Rivers State, Dr. Mrs Ipalibo Harry Banigo, DSSRS, embarked on a massive skills development program for youths in Degema, Akuku-Toru and Asari-Toru Local Government Areas.
The program which had over 3000 youths in various vocations was aimed at making the youth to be self-reliant and meaningful to the society.
At the end of the program, beneficiaries were given starter packs to begin their entrepreneurial journeys.
In order to ensure the skills acquired by the beneficiaries were effective, Dr. Banigo sent her team to interact with them to identify the serious minded who did not relent after the training.
In fulfillment of her promise funds were provided to some beneficiaries through the Secretary of Degema Local Government Council. Mr Nicholas Harry, to offset the cost of rent and equipment.
VOTE…. DR. (Mrs) IPALIBO HARRY BANIGO FOR RIVERS WEST SENATORIAL DISTRICT.

Previous HEALTHCARE DELIVERY: WE HAVE INVESTED HUGE RESOURCES – WIKE Next BANIGO FELICITATES WITH IBIYEOMIE AT 60