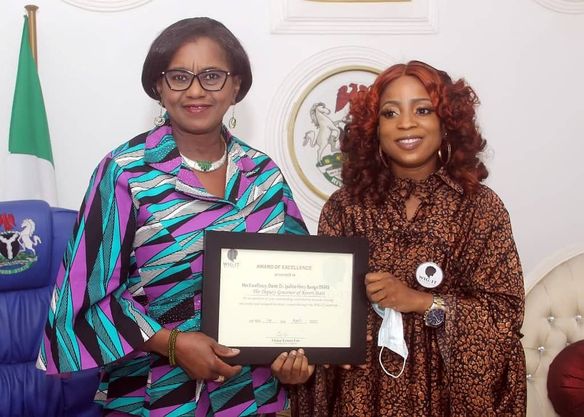 …..Receives Award Of Excellence.
As part of her effort towards encouraging women in entrepreneurship and vocational skills, the Deputy Governor of Rivers state, Her Excellency Dr. Mrs Ipalibo Harry Banigo played host to the CEO of WIG-IT NIGERIA, Vivien Ernest – Ene.
Dr Banigo said, she was pleased with the great job done by Vivien in Port Harcourt.
The statements reads in part, “I want to really appreciate Vivien for doing a great job in Port Harcourt with this laudable skills in taking old and used wigs, weaves, hair extensions and recycling it into brand new and beautiful Wigs.”
“I am so proud of what she is doing by lifting so many women, girls and students in ensuring that they gain skills which they can have confidence in themselves. She Stated “
The Deputy Governor further stressed that she was pleased that Vivien is domiciled in Port Harcourt, the headquarters of Wig-it and promised to encourage her to do more, expand more and train more of our young girls and women to turn out more entrepreneurs.
In her remark, the CEO of Wig It Nigeria, Vivien Ernest – Ene described the Deputy Governor as a mentor to women across the state and beyond and thanked her Excellency for given audience to Start- up that which would in turn, empower over thousands of Female entrepreneurs.
Highlight of the event was the presentation of award of excellence to Her Excellency by the CEO & founder Wig It Nigeria, Vivien Ernest-Ene
Soala Dasimaka
Special Assistant to the Deputy Governor on Social media
www.thenewriversstate.com 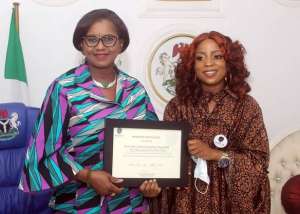 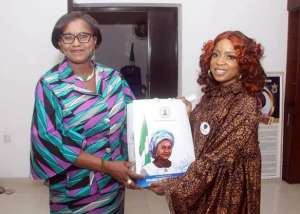 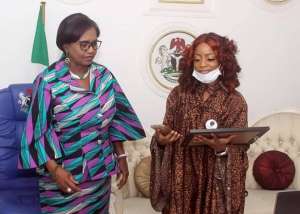 Previous OUR SECURITY ARCHITECTURE IS IMPECCABLE: WIKE Next Swearing-in of Hon. Justice Ihemnacho Wilfred Obuzor as the Substantive.