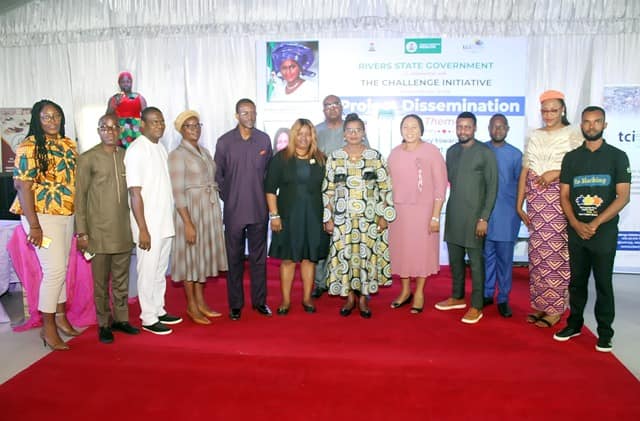 Rivers State Deputy Governor (Dr) Mrs. Ipalibo Harry Banigo says the Re-launch of the Children Evangelism Ministry (CEM) was timely and awesome.
Dr. Banigo stated this during the Re-Launching of the Children Evangelism Ministry (CEM), Rivers State Chapter in Port Harcourt on Saturday 7th May 2022.
Dr. Banigo said the challenges of ministering the gospel these days to children was as real as it was in the days of our Lord Jesus Christ, noting that parents and caregivers must bring children closer to God by introducing the word of God early to them.
“How can the children be taught of the Lord if they do not hear the word of God. Romans 10:17 says for faith cometh by hearing and hearing by the word of God”. Dr. Banigo stressed.
The Deputy Governor identified the lack of attention by parents, caregivers, and religious leaders to children as responsible for the social vices bedevilling our nation, wondering why some children and youths take to social vices.
“Why do you think we have so much insecurity in our nation, who are the perpetrators of violent crime, banditry, and kidnapping; youths, children, who we adults have allowed to lose their peace, children who have gone into drugs, ritual killings, and internet fraud”. She further stressed.
The Deputy Governor, insisted that Churches must help to develop the Children’s Ministry, by providing instructional materials, like Sunday school manuals, Bibles, Christian Books and Journals, noting that individuals could also donate to the Children’s Ministry.
She thanked the Almighty God for giving CEM the vision to do the relaunch, knowing that the Holy Spirit would do the rebirth.
In his remarks, Apostle Zilly Aggrey, the General Overseer of the Royal House of Grace International Church said in the next twenty years, if the Nigerian Church fails to invest in what CEM was doing to raise the quality of children that will still fly the banner of Jesus Christ, our big Church buildings might become warehouses. Let us sit down and collaborate with this so that in the evening of our lives we can still see people who will share the unadulterated word of God.
He expressed gratitude to the Almighty God for those who did not let the fire go down, concerning this vision, stressing that the word relaunch was apt because there has to be a shift for us. “Europe is gone it will take the move of the Holy Spirit to get back Europe for Christ; the knowledge of God is gone. The reason may be that at a time, the church over there failed to do what CEM is calling us to do here in Nigeria”.
Also speaking Prof. Barine Fakae disclosed that this generation seems to have changed, which necessitated the relaunching, adding that he was one of those who campaigned on the role of ICT in Education and the Christian Ministry.
He said, “Now we are having children, we need to train. They are digital natives, while we are digital immigrants, we have to migrate to know their language, God’s word is relevant to all generations and we have to make sure that we preach it in a way that does not sound foreign. In which case I think retraining is very important”.
In his welcome address the National Director, Children Evangelism Ministry, Nigeria Evan. Eje Michael Ogo said it was a gathering to celebrate the faithfulness of God, and a gathering for a wakeup call to remind all and sundry of the very important assignment we owe our heavenly and humanity as a whole.
According to him since the inception of CEM in 1979, it has developed innovative training programmes that have produced dynamic, resourceful, and skilled children Evangelists who are doing exploits for the Lord in different denominations across the world.
Owupele Benebo
Head of Press
Office of the Deputy Governor
Saturday, 7th May 2022.
www.thenewriversstate.com
Rivers State Government House
Office of the Deputy Governor
Government House Complex
P.M.B 5050
Port Harcourt
www.thenewriversstate.com