HAVE A BROAD VISION FOR THE DEVELOPMENT OF THE BONNY KINGDOM: BANIGO 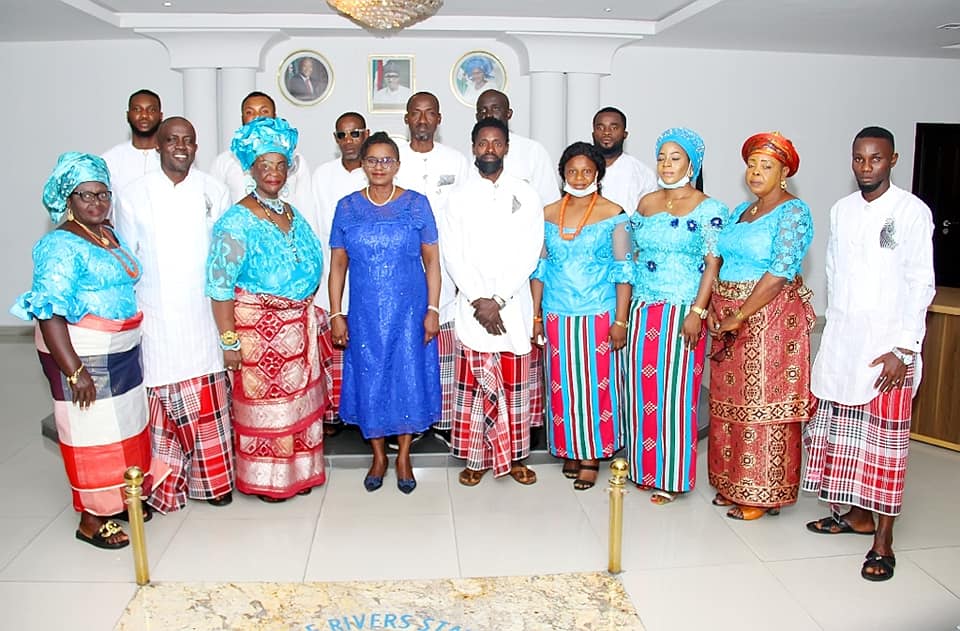 HAVE A BROAD VISION FOR THE DEVELOPMENT OF THE BONNY KINGDOM: BANIGO

Rivers State Deputy Governor, Dr. (Mrs) Ipalibo Harry has urged the People of Orosikiri Community to have a broad vision for the total development of the Bonny Kingdom, which should have been much more developed than it is today.
Dr. Banigo stated this while playing host to De Centurion Social Group of Orosikiri Community, Bonny at the Government House, in Port Harcourt on Thursday 22nd September 2022.
Dr. Banigo described Bonny as an ancient Kingdom that is endowed with great human and material resources to fast-track its development and called for all hands to be on deck to contribute and support the socio-economic and political development of the Bonny Kingdom.
The Deputy Governor insisted that contribution is not only by money, one can contribute morally, through prayers and positive talking. “We need to talk positively not every day we talk ourselves down, we run our sisters and our brothers down, our government and our society down. We need to add value to what God has given to us, God has blessed us with so much in Bonny”.
Dr. Banigo expressed gratitude to members of De Centurion Social Group for presenting her with a certificate of excellence and services to humanity as well as appointing her as their matron.
In her address, the Leader of De Centurion Amaopuorubo Rosannah Igoni Rodaford Long John said they were at the Government House to reinforce their undiluted and no-negotiable loyalty to the Deputy Governor which according to her would translate to the development of Osikiri Community.
Owupele Benebo
Head of Press
Deputy Governor’s Office, Port Harcourt.
Thursday, September 22nd 2022.
www.thenewriversstate.com
Rivers State Deputy Governor, Dr. (Mrs.) Ipalibo Harry Banigo (Right) being presented with some Souvenirs by the Leader, De Centurion (Orosikiri, Bonny), Amaopuorubo Hon. Lady Rosannah Igoni Rodaford Longjohn during a Courtesy Visit at the Government House, Port Harcourt on the 22nd Sept. 2022.
Rivers State Government House
Office of the Deputy Governor
Government House Complex
P.M.B 5050
Port Harcourt
www.thenewriversstate.com
Previous WE WILL REMAIN IN PDP AND FIGHT FOR INCLUSIVITY – WIKE Next TAKE 2023 GENERAL ELECTION SERIOUSLY: WIKE