DO NOT DISCRIMINATE AGAINST THE GIRL CHILD: BANIGO 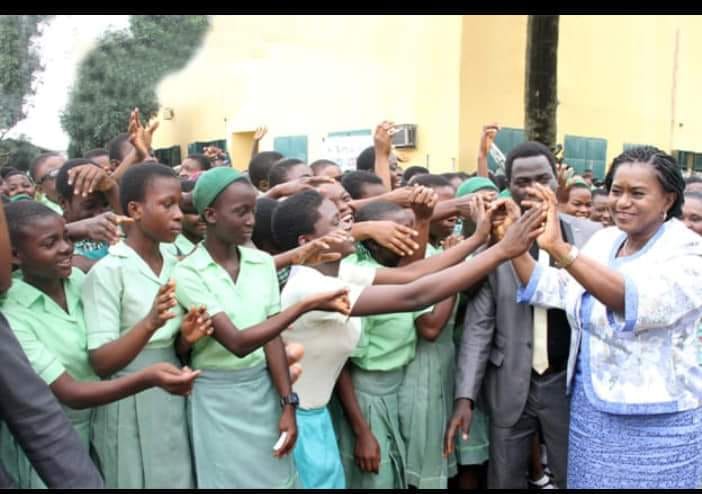 DO NOT DISCRIMINATE AGAINST THE GIRL CHILD: BANIGO

As the global community marks the International Day of the Girl Child Rivers State Deputy Governor Dr. (Mrs) Ipalibo Harry Banigo has encouraged parents and care givers not to discriminate against the Girl Child.
Dr. Banigo stated this in her goodwill message from the Government House in Port Harcourt, on Tuesday 11th October to commemorate the day.
According to the Deputy Governor, it behooves on parents and care givers to mentor the female children to actualize their full potentials, adding that her office runs the Protect the Girl Child Initiative programme which protects, mentors and gives the Girl Child a sense of belonging.
The Deputy Governor described the State Chief Executive Nyesom Ezenwo Wike as a great exponent of women liberation stressing that his recent signing of the bill, Rivers State Prohibition of the Curtailment of Women’s Right to Share in Family Property Law No 2 of 2022 is an eloquent testimony of the Governor’s support for women rights.
It would be recalled that the 11th of October each year has been set aside to celebrate the International Day of the Girl Child the theme for this year’s celebration is “Our Time Is Now- Our Rights, Our future.”
Owupele Benebo
Head of Press
Deputy Governor’s Office, Port Harcourt.
Tuesday, October 11th 2022.
www.thenewriversstate.com
Rivers State Government House
Office of the Deputy Governor
Government House Complex
P.M.B 5050
Port Harcourt
www.thenewriversstate.com